He was born on June 22, 1890 in Benešov nad Ploučnicí near Děčín.
His parents came from Lomnice n. P., however, they went "for better" to Děčínsko to return after time - from 7 years Suchard lived and formed in Lomnice nad Popelkou.

He is buried at the Lomnicke Cemetery in the Grave of the Long.

By the first art training, a gifted boy went to a workshop where images of religious themes were created. They were a careful copy for the decoration of beds and households. Later, Chen Suchard dedicated himself to the secrets of the fine arts of his good friend, academic painter Artur Fischer, who was a Lomnický native, later lived in Jičín and died in a concentration camp during the Second World War.

Čeněk Sucharda also met another native of Lomnice, academic painter Pavel Korbelář, from whom he also gained many knowledge.

The main "school", however, was nature for him. Niddy was not his attempt to mimic foreign patterns, he always tried to express his personal opinion on nature. Realism regarded it as a lasting value that draws inspiration and inspiration from every art.

He created a large array of paintings and drawings and devoted himself to graphics.
In Lomnica nad Popelkou, there is not a household that does not have at least one picture of this modest artist.

His work was immortalized not only by Lomnica n. Pop. and its beautiful surroundings, but also a number of places of Bohemian Paradise. Although he was primarily a landscaper, he liked to paint stills and flowers.

He also devoted himself to the puppet theater, painted decorations and carved puppets. 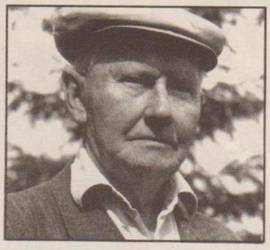