Jakub Janovský is one of the authors of the current younger generation working in a significant way with the medium of drawing. Drawing is a universal tool for Genoa that can be used freely. It can be developed in various, even unexpected or surprising ways, not only on standard paper and canvas formats (wall drawing, intervention drawings, situational drawing, video, video recording, installation, tattoos, etc.). The choice of medium is not random, it is related to inclinations in the way of thinking and reasoning. It is precisely the sense of "free", sometimes even anarchizing, treatment of the means of expression that corresponds to the "independence" of Janovsky's attitudes, which he declares with his work. Most often, his works have the nature of sarcastic provocations, aggressive attacks or cruel ironies. They open up unpleasant themes of human mortality, pride, narcissism, egoism, naivety, ruthlessness or cruelty. In its weakness and vulnerability, man is shown in many forms and parables as a personified pun of destiny, to which he is dragged or against which he tries to define himself in various ways, often at the expense of his surroundings (Alle gegen Alle, 2011). 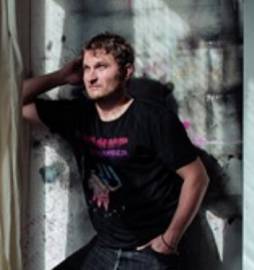 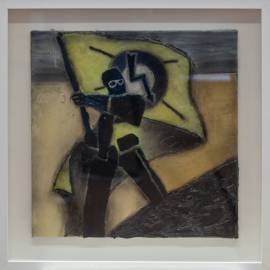