His work has influenced worldwide photography. One example is his original idea of ​​taking a picture of the torso of a naked man holding a newborn in his arms. This composition is now [when?] Reproduced about as commonly as photos of school classrooms. His originally rejected world, even called pornography by the communists, is now entering the lives of ordinary people who spontaneously photograph his compositions over and over again. Jan Saudek's artistic expression "became popular". For a long time, Jan Saudek lived in a single ground floor room, which also served as his studio, where he photographed countless models, of all ages and weights, social positions and destinies, by the peeling wall, with a window leading to the courtyard. Jan Saudek hand-paints most of his work by hand. He did not receive recognition in his homeland, communist Czechoslovakia, but he was widely exhibited and published abroad. During the communist regime, Jan Saudek was persecuted and prosecuted by the regime for his vision. Today [when?] Jan Saudek is a knight of the Order of Arts and Literature, documentaries and even feature films have been made about him, his works are exhibited on all 5 continents. In a rift with his girlfriend Sarah, he lost access to the negatives of his photographs, which can be downloaded, perhaps in their entirety, for free on the Internet. Jan Saudek had one brother (twin), Karel Saudek. On May 13, 1935, twins Jan and Karel were born to bank clerk Gustav and his wife in Prague. John was born second "and that determined him to be number two all his life." [1] When World War II began in Europe in 1939, they witnessed the German occupation of the capital as young children. Father Gustav, who lived in a mixed marriage, spent three months in the Terezín ghetto. The brothers have never been to a concentration camp. [2] He studied at a graphic school in Prague, worked as a production photographer in printers from 1950 and then started drawing. When he got his first Kodak Beau Brownie camera, he also started taking pictures. From 1954 to 1956 he completed compulsory military service. In 1958 he married Maria and had two children, Samuel and David. In 1959, he began using the Flexaret 6 × 6 medium format camera. In the late 1960s, he flew to America, where he met Hugh Edward, head of the photography department at the Art Institute in Chicago. His first own exhibition took place at the University of Indiana in Bloomington. In 1970, he divorced his wife Maria. Two years later, the "Wall" appeared, which became a typical element of his work. He has worked with a variety of artists from around the world. He exhibited at the Museum of Modern Art in Paris and published his first monograph, The World of Jan Saudek. He became a member of the Association of Czech Painters and organizes many exhibitions. In 1990, he received the French Artistic Order of Arts and Literature. French director Jerome de Missolz made a film about him, Jan Saudek - a Czech photographer. An important part of his life is his long-time girlfriend and manager Sára Saudková, who adopted his name even though they were not married. Jan Saudek was born on May 13, 1935 in Prague as the younger twin of Karel, today's famous illustrator. Until he was 15, he attended school in his hometown. His father was taken by the Nazis to the concentration camp in Terezín, where his other 6 brothers died. For promotional reasons, he claimed to have been in a concentration camp with his brother for 6 weeks. [7] [2] After the war, Jan came across American comics and various, then unknown magazines, where he learned about world celebrities, such as Evita Perón, Margaret Bourke-White, Eugene Smith and Gisèle Freund, with whom he was inspired. During the first post-war years he was interested in Czech post-war art. During this period, he was fascinated by singer Frankie Lain. He got his first camera around 1950. [source?] A year later, he arranged and colored some of his first photographs. At first, he met with sharp criticism from people. For example, their family doctor, to whom Jan's mother showed these photos, commented without any napkins that it was disgusting, kitschy and outdated. Because of this, Saudek stopped taking pictures for a while. After a few years, these pictures fell into his hands and he saw them again from a different perspective and completely differently. Now he noticed how beautiful they were and how they could feel the breath of youth. [Source?] In 1955 he completed basic military service. Today, he remembers re-experiencing a great sense of helplessness, having once been sent with a message during a night's military training and is trapped in a wire trap. He struggled desperately to free himself from the tangled wires. This helplessness is said to accompany him throughout his life. [Source?] Towards the end of the 1950s, he and his brother became influenced by Italy, watching Italian films and riding an Italian scooter together. In 1959 he married Maria, from whom he received a Flexaret 6 × 6 camera, with which he still works today. He had 2 sons with Mary, Samuel and David. In the 1960s, he received the catalog of the Family of Man exhibition that inspired him, and he decided to photograph such a book about the human family. 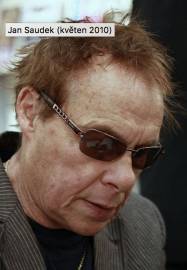 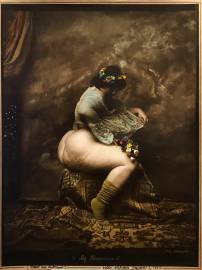 First Portrait of My Girl 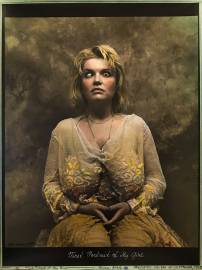