The Prague native (* 1947) has had artistic tendencies since childhood.

At the primary school he attended the studio of the academic painter Josef S. Malečka privately, except for three years at a secondary art school at Hollar's Square. Prisons to parents initially prevented her from studying at high school. She taught a photographer.

From 1965 to 1989 she lived with her family outside Prague. Long life in the Bohemian-Moravian Highlands was an important inspiration for her painting. Here was influenced by the academic painter Jindřich Hegr.

She worked as a nurse at work and worked until she was a nurse.

After returning to Prague in 1989, the arteterapeutical training connected her art talent with the interest in diagnosing the artistic manifestations of people with personal and health problems. Her painting is primarily oriented spiritually; Inspiration is mainly the visual perception of Biblical and Midrassian stories, less often other literatures.

The image also becomes music or its own experiences.

She has exhibited three times with her colleague Pavel Kadeřábek in Vysočina.

The pictures of J.Pivoňková are also in private collections in the Czech Republic, Switzerland, Germany, the Netherlands and Israel. 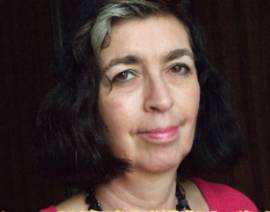