One of the most important Czech artists of the twentieth century, admired for extraordinary drawing skills and a variety of graphic techniques. Born in Kroměříž, he spent his childhood around Ostrava. An exemplary lifelong work, coupled with an unceasing love for nature, created a work that had time. On his portraits we can meet many important personalities of his time. Together with Jan Preisler, Antonín Slavíček and Miloš Jiránek belongs to the generation of artists who laid the foundations of our modern art of the 20th century.

Švabinský also contributed greatly to the visibility of Czech visual arts throughout Europe.

He was born on 17th September 1873 in the house of number 15 in Kroměříž in Jánská Street as Mary Svabinsky's illegitimate son. Both the birthplace and the house in the Kroměříž area of Octárna, where they moved soon, are placed commemorative plaques. His father was later declared Jan Novotny of Klenovice. As a ten-year-old he exhibited his first work in the showcase of the Kromeriz Pharmacy and helped his family to sell them.

In 1891 he left the Kroměříž district where he studied in a quintet and was admitted to the Academy of Fine Arts in Prague, where he studied until 1896. In 1900 he married Ela Vejrychová, whose family had known since 1895. Elu left in 1919, the marriage was divorced in 1930. The reason for the decay was the relationship between Svabinsky and Anna Procházková, wife of the brother-in-law of Rudolf Vejrych. Both women were frequent models of the Swabian Works. Ela Vejrychová, for example, on the oil paintings Round portrait and Poor region, Anna Procházková on a number of graphic artists such as Rajská sonáta.

In 1931 he married Anna Procházková and lived with her until her death in 1942. In 1945 she adopted daughter Anna Procházková and Rudolf Vejrych Zuzana Švabinská (1912-2004). After the death of Max Svabinsky, she cared for his work and wrote a book of memories of the Light of Memory (Academia, 2012).

After the death of his second wife, Max Svabinsky lived until the end of his life in Bubenec, Prague, and in the summer months in Chodov, Prague. He is buried in Prague's Vysehrad Cemetery. 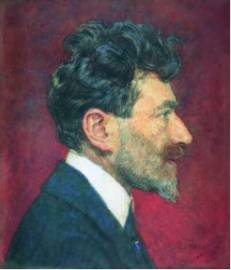 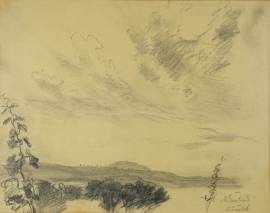 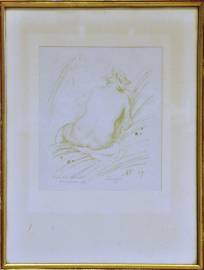