He graduated from the Pedagogical University in 1954 and The Academy of Art in Prague in 1961.

The former musician played in the sixties together with other stamp designers in a band named Grafičanka.

In 1997, he was appointed a member of the European Academy of Sciences and Arts, based in Vienna.

Vladimír Suchánek comes from a generation that played a crucial positive role in the development of Czech art in the second half of the 20th century. Suchánek's graphic prints reveal not only a rich imagination and characterful poetry, but also a masterful command of colour lithography, which is his graphic technique of choice. He has achieved widespread international recognition in this field, collecting many top awards for his work.

His work can be seen in the collections of the National Gallery in Prague, the Albertina in Vienna, the Rockford Art Museum in USA, and in many other public and private collections in the Czech Republic and abroad. 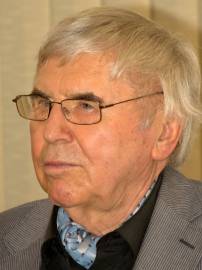 Lady with an umbrella 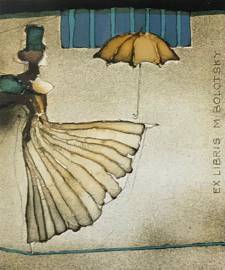