Ivo Medek – Kopaninsky was born on December 26th, 1936 in the town of Domažlice. In 1954 he completed his education as stuccoworker and later graduated from the College of Art, where, between 12954 – 1958, he learned to be a woodcarver. At that time, outside the teaching program of the college, he started creating his first pastiches. After completing his studies, he worked in the National Gallery of Prague (1960 – 1964) and later in the Central Bohemian District Gallery (1964 – 1967). In 1961 he discovered for himself the technique of stamp-art. In the second half of the sixties, he cooperated with the Czechoslovak Television, and the Czech Short and Medium-lenght Film Company, creating backgrounds for animated films. Thanks to this cooperation he was a part of the team to recieve high awards at international film festivals (Moscow 1973 – gold medal, Sofia 1974 – silver medal).

At the same time he taught himself the art of restoration of ancient arms and panoply and became very well versed in this subject. He worked for the Centre For Preservation of Historical Monuments in Central, Southern and Western Bohemia.

By the end of the 1967 he became the member of the Prague Surrealist Group UDS, leaving it in 1973. During that time he participated in busy communication with the Paris surrealist group (he is mentioned in the Dictionnaire Général du Surrealisme et de ses environs, page 274, published in 1982 by Office du Livre S.A.Fribourg, Switzerland).

He had been in touch with the Bohemian informels since 1961, namely with Jiří Valenta and Jan Koblasa.

Ivo Medek has a wide range of artistic expression. Apart from collage, painting, asamblage, papel-picado, stamp-art and various combined techniques, he also creates sculptures and relievos from various materials, but mostly from metal and wood, using his experiences with restauration of ancient works of art.

He also devotes lesser part of his time to searching for „see-throughs“(in pages of books and magazines, printed on both sides of the paper, strange and interesting blends of shapes appear, which can be discovered witht the aid of lighting technique). This activity of Ivo Medek is unique world-wide.

Ivo Medek is known to use a lot of black humour, sarcasm and persiflage in his art. His pastiche called „A Telephone Call to East Berlin“, created in 1968, was placed by the London publisher Thames & Hudson on the cover of the 1st representative edition of prof. B. Taylor´s „Collage - the Making of Modern Art“.

At home, Ivo Medek is mentioned in numerous publications and catalogues, for example in PhDr. F. Šmejkal´s „Czech Imaginative Art“, or in the catalogue of authors, published by the Institute of the History of Art, of the Czech Academy of Science.

For twenty years (1968 – 1988), Ivo Medek was banned from exhibiting his works of art due to their content, expressing often opposition against the ruling communist elite. He was, however, persecuted for smuggling his works and exhibiting them in democtratic parts of the world.

Since the end of the 1980s, he cooperates with the French/Czech group called Banalysts. He is also a part of the pataphysical group, Terč.

Ivo Medek is also a writer. Apart from many short stories for magazines, he published two books: „The Jíra Epos“, and „Grandad Horror Stories“.

For his artistic activities, Ivo Medek has been awarded the Prize of the Masaryk Academy of Art (1992), European Franz Kafka Medal (2000) and the Italian Filippo Juvarra Prize (Monza, 1992).

By the end of the 1970s, Ivo Medek moved to the outskirts of Prague, to Přední Kopanina, where he lives and works to this day. He, therefore, chose the name of this locality to become his second name, to prevent confusion with other artists bearing similar names, already active in this country. 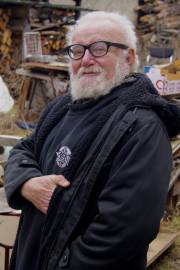 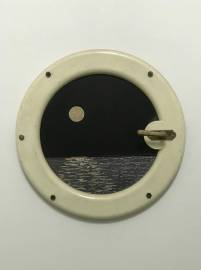 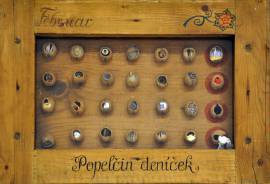 UFO with camouflage for the Czechs and surrounding areas 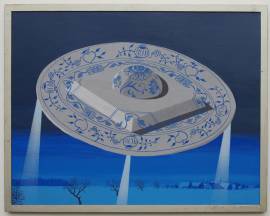 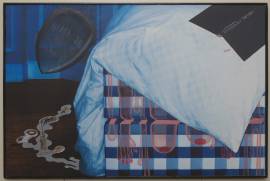 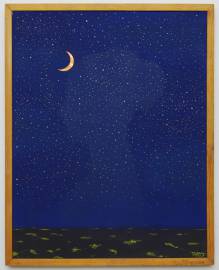 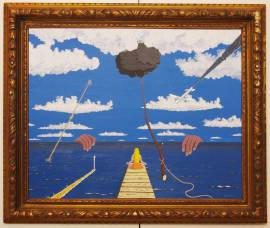 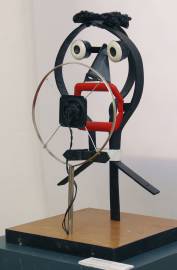 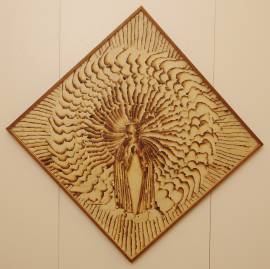 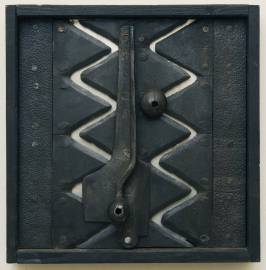