Pavel Forman: Bad Boy Story (Caravaggio from Bruntal) At this time, an exhibition of Baroque masters from the circle of painter Caravaggio, entitled "Baroque Scum", is taking place in the Petit Palais gallery in Paris. With a little exaggeration we can say that the Bruntal painter Pavel Forman (1977) is their heir, who in contemporary language bears witness to a society that has not changed so much in its essence. Forman's vision of the world is dramatically Baroque, his scenes are theatrical, dynamic, with contrasting lighting and deep perspectives - all transformed by street art aesthetics that meets the comic book principle of hyperbole. But with Carravagio and his companions, Forman is mainly related to the content of his paintings: If they drew inspiration from the Roman taverns and the street donna, Forman finds his themes in nightclubs, gambling clubs or B-movies and fallen horror movies. While Caravaggio and his journeymen laughed to show the church a raised middle finger while using prostitutes, beggars and drunks as models for saints, Forman delightedly despises one of the untouchable symbols of our time - innocent childhood. In a series of paintings created during his stay and after returning from the United States, where he worked as a visiting professor at art schools, he continues his older Pietta with the martyred Christ on his lap, who had the "Saint" face of Forman, or Madonna in his arms horned baby Jesus. Pets on Forman's canvases turn into bloodthirsty beasts that value fangs behind grandma's lace curtains, adorable babies have determined grimaces of "little murderers" like Bradbury's short story of the same name, and behind the bald Egyptian cats are lurking their future appearance - the skull. The fairy tales become a horror movie, whose main heroes are Barbien zombies and animated stuffed carcasses. This whole panoptical is Forman serving us with a sharpened optic of the stroboscope, which for a split second reveals a glowing, disturbingly distorted scene. The characters do not pose in his paintings; they are captured in the form of fleeting snapshots as in party shots, or conversations from a nuclear explosion. Forman works with photographs in the creative process itself, transfers them to the canvas by digital method and templates, completes them with a spray, intersects them with vigorous graphic characters and framed by wallpaper raster. The result is a deafening 2D clip that exposes the "bottom of the present" as uncompromisingly and radically as Carravagio and his "bad boys" did four hundred years ago. Terezie Zemánková Painter Pavel Forman is a native of Bruntál, born 11.11.1977. During his high school studies he was a bad guitarist in a heavy metal band, which was his first cultural activity. Followed by an almanac of poetry, published with friends in 1997, a year after graduation, under the name Zlámrkef. The first hitchhiking trips to Western Europe, Asia and North Africa, study at Palacký University in Olomouc and the first exhibitions were held. The study was successfully completed, as well as the second collection of poetry About the Sick Hunter, which he published with Standa Toman in the Olomouc publishing house Votobia. It was 2001. Pavel Forman then moved to Berlin for several years, where he studied new German literature and the history of South Asia. Needless to say, unsuccessfully. He was fired, but he and Standa Toman were able to publish another poetry collection entitled About the Sick Heart. Shortly afterwards he was admitted to the prestigious University of Art in Berlin, which he completed in 2006. He has already participated in several international exhibitions, represented in the Czech and Slovak National Gallery and Moscow Center for Contemporary Art. His travels led him back to Olomouc and Bruntal, where he and his friend opened several establishments where he thought he would use his gastronomic experience he had gained during his studies in Berlin. He paid for his studies by mixing drinks at Berlin nightclubs. After he nearly lost his trousers with a friend, he began to devote himself fully to fine art. He has received several scholarships (in Denmark, the Netherlands, the Czech Republic, the USA and Lithuania), exhibits in Europe and the United States, and is represented in major public and private collections. At the 15th Biennial de Cerveira in Portugal, he won a prize for a young artist under 35 in 2010, continued at the Moscow Young Art Biennial a year later, or at the Art-o-thlon show in Vilnius, Lithuania. Pavel Forman lives as a visiting professor in the USA and occasionally in his beloved Bruntál, where he will be involved in the newly opened Freud & Thal Gallery. In our region, he is just finishing the exhibition Common Stories (with Jindřich Štreit) in the Opava House of Arts, he exhibited at the Dole Gallery in Ostrava with David Jedlička at the beginning of the year and co-authored the Freudenthal Show in the new Freud & Thal Gallery in Bruntál. PAVEL FORMAN - Curriculum Vitae Personal information Born: November 11, 1977 in Czech Republic Web: www.pavelforman.freepage.cz 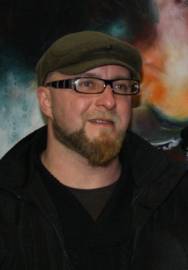