Click for larger obrázekBásník, songwriter and artist Paul Bunny was born in 1951 in Prague-Radotin, where he lived in a little house with his parents. And also he spent his childhood and adolescence.

In the late sixties, he studied at a secondary technical college, and sometimes they come from that time his first literary attempts. During release in 1968-69 at the time he got to London. Upon returning, he began making discjockeye club Tatra Woman's homes; There are over one collision amplifier hairy met a young engineer who had repaired the unit - named Ivo Pospíšil. Mutual cooperation in discotheques has grown between the two in the regular friendship. Despite Jirka cousin, who previously emigrated to England, Paul tapped into well-known radio DJ John Peel and corresponded with him. Peel then somehow arranged to Zajíček to Radotín sending prominent music magazine Melody Maker. Paul and knew all the novelty plates - of them then picked most arcane and followed them over Jirka ordered. Alba then Pospisil religiously listened to Radotín in the attic of the house ...

Paul High School successfully completed graduation in 1970, and after graduation party, he met a girl Masha, whom he later married wife. In 1971 she had a daughter Michaela. It had studied at the Faculty of Civil Engineering, but after two years saw that for him it's not right - the study therefore interrupted in 1972 and never finished. After looking at various places of employment, mostly workers (such as a window washer).

In 1973, the legendary Bunny in an apartment in the Němcová Peeled met with Ivan Jirous and forced him their poems - these underground guru married, read and liked him. And then when Paul met with other sculptures and told him about their problems with the service, he did not hesitate and watered Magor to your friend (former soldier) Ivo Pospisil, who then enlisted a band rehearsal in a pub in Klukovice, where she Ivo leaders mother. Bunny thanks to this offense very friendly with main songwriter PPU mejl Hlavsa: both the same age, equally hairy, same ideas, they just immediately fell immediately into the eye and it turned into friendship for life. At that time and even they found a common occupation - did stagehands in the theater E. F. Burian.

Hlavsa also conceived the idea of ​​creating a new body, completely different from the sculptures, which should form the traditional musical accompaniment to Zajíčkovým poems and texts. Both appealed uncompromising approach Knížákova AKTUÁL, so it's possible this group described as a kind of inspiration. Their future should be just a bunch of "antikapelou" and create "antihudbu". Mejla it then with Paul and even with bassist Ivan family together hatched in a pub near the sun in the middle of 1973. The result was the emergence of file DG 307, said the name refers to the psychiatric diagnosis (transient situational mental disorder), which its holders (men) gave opportunity get called. "blue book" and avoid a two-year military service. Indeed, Paul just prior to the Bohnice psychiatric resident. The first concert of the newly formed, truly non-conformist band DG 307 was held in October '73 in Klukovice - drums where it had served the former roadie from Primitive Vladimir "Hendrix" Smetana. Meanwhile Bunny with him, family, and also with singer-songwriter Charlie Soukup lived in máničkovské community Seebergcastle, where they tried to work as well, but ... I have not given.

In May 1974, a "dégéčka" starred in the studio with Jaroslav Kadlec and later also on the second festival of culture in Postupice, held in September of that year. There appeared in the report Hlavsa (recitation, singing, harmonica, bass), Bunny (recitation, singing), Ivo Pospíšil (bass, comb, whistle), Vladimir "cikavac" Vyšín (drums, sousaphone) and Jaroslav Kukal (blows to the plate ). There is film footage of the rough version of the song "What we", which was later busted Bolshevik propaganda pamphlet TV-documentary "The Assassination of culture." In seventy-four also ends Zajíčkov first period of songwriting for DG 307 of the best known is "Anti", "horror", "We're musicians canned," "Paper aPsolutno", "Purification", "New Warriors", "Form" "degeneration", "What are we," "Utopenec," "Vol." and others.

Click for larger obrázekV June 1975 they played 307 DG separate occasion Mejlovy marriage with Jane Nemcova. The concert, called the best, was held in Kostelec u Křížku, "dégéčka" there appeared in the group of about ten people and had had fabulous scenery that there remained after the amateur theater. Besides bunnies and Hlavsa in the report also they discovered Paul 'Eman' Zeman (drums), Vladimir "cikavac" Vyšín (drums, electric. Lyre), Ota "Alfred" Michl (bass), Mila Hajek (violin) and Zdenek "Solder "Fiser, Jan Kindl, Jaroslav Kukal, Ivo Pospíšil, Jan" Sahara "Hedl (all different unconventional - hurdy-gurdy, siren, pins etc.). After the last track ( "Paper aPsolutno") will burn all the lyrics of songs played and odrecitovaných. Shortly after the concert was followed by quite a massive police intervention, however,

In the eighty already but Zajíčková cup of patience overflowed, it was clear to him that "it's totally fucked", he irritated some people of the Charter, he irritated the constant presence of cops on him deployed estébáků, brutality Can prevailed. "After a certain experience, I have said that I can not be here. After all, I had two small children. Here it occurred to such atrocities. For personal. And one day, the biggest atrocity, the wild with our physical assault. That's why I decided to leave. And I think that I have never regretted it. "(Paul Bunny, Law, 2012).

In August 1980 Paul went with his wife and children Masha and Misha Mark to Sweden, but soon after emigrating left the family and began attending the Swede Nina - successively lived in Uppsala and Gothenburg, practically until 1986. Zajiček decided to study English and Swedish, but again he did not complete the study. Often he went to London, where he met mostly with Ivan Hartel. He also taught Japanese karate. Sometime in 1986 with Nina Bunny flew to the US and decided to live in New York - Paul here engaged in artistic experiments: for example, made sculptures out of driftwood and a variety of collage using pieces of glass and stones. In NY also he met Minna Pyykhalu, a photographer in Boston with Finnish roots, and started dating. In ninety-one Minna I have married and a year later they had a daughter Gabina.

After the so-called. Bunny Velvet Revolution five years shuttling between New York and Prague. But the important thing was that Paul's art (music, literature, art) could have come out officially - in essence became the most published author, vyšlým from deep underground. Already in 1990 she song DG 307 from the first years of existence, under the simple name "DG 307 (Texts from the years 1973 to 1980)". In ninety-two appeared on 3CD DG 307 archival recordings from the years 1979 to 1980, containing the album "Dar shadows," "Bird utrženej of the chain" (both 1979) and "Torso" (1980). At the same time the band got time together and the report Bunny (recitation, keyboards), Hlavsa (vocals, guitar, keyboards), Tomas Schily (cello), Ota Suk (bass), Tobias Jirous (drums, samples), Jan Pokorny (guitar ), Ivan Prochazka (keyboards) and Michaela Nemcova (vocals) recorded a new album "artificially flavored (artificially Flavored)" with songs like "the story I. (new York - Prague - Paris)," "Angel hair" or "Something reminds me ... ". In ninety-three Zajíčkov published "The Book of Cities"

Click for larger obrázekV 1995 Paul Bunny returned permanently to Prague. In the same year came out (on cassette only) concert recording "dégéček" under the title "The Face of a Botticelli angel." A year later, in the other group's next album DG 307 "books written chaos" and, apart Zajicek (recitation keys) work on it Tomas Schill (cello), Alfred "Ota" Michl (guitar), Pavel Cigánek (guitar, violin ), Eva Turnová (byskytara), Ivana Vaňková (bass drum) and René Starhon (drums). In 1997 he played Bunny presenter of Radio 1 in the anthology film directed by Petr Zelenka's "The Button". A year later, it was recorded a new album DG 307 "Silhouettes", at almost the previous report, but instead Starhon played drums Antonin Korb. Ninety-nine then in a somewhat modified cast went live recording "dégéček" under austere called "Concert".

After 2000, followed by a myriad of albums DG 307 mainly reedition or concert records, such as "Magic town burned down" (2008), which is a record from 1994, "Live (Theatre on the Balustrade)" (2005) and "The flowers of autumn - spring colors" (2008). Regarding row houses include "Cries and Whispers" (2002), or stand-alone CD Zajíčková "Cacophony Way" (2007). Also books Pauline texts and poetry appeared a lot, especially those that were previously known only in samizdat - the most important about "Notes from Underground", containing his works from the years 1973-1980 (Marenicky book, Letters (Flow moments) Say himself himself and his world, fragments of rocks, Roztrhanej film, gray dream Sheets for anything) and then "the Book of the Sea" (2011, unpublished text from 1980). Among the new works can be named as "Time is a scream in the night" (2000), "As if ... The World in a Grain of Sand" (2003), "The book written chaos" (2009), "Everything is completely different" (2010), " trembling "(2012). In 2007, Bunny starred in "... And it will get worse," directed by Petr Nikolaev. In 2003 there was the Supreme Court for judicial rehabilitation Zajíčková concerning the so-called. The trial of the Plastic People.

Pavel Bunny is rightly considered alongside Ivan Jirous and Hlavsa Mejla the most important figure of the domestic underground. 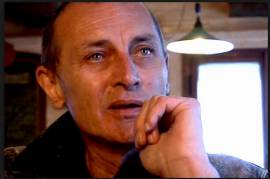