After graduating from the grammar school, Kamil denied his dream of studying at the Academy and at the request of his mother, but also thanks to the legacy of his father, he went to study the rights. He studied honestly, but without any particular enthusiasm. His world was primarily a world of art, and he was also eager to become acquainted with him. Ernst, Arp, Giacometti, Klee, Masson, Miró, Filla, Šimma ... these were heroes to whom a young student of law looked. From the law he finally did the final state examination, only the title JUDr. he did not stand. The period of his life until the war was filled with diligent painting and absorption of everything that pre-war avant-garde had brought to the world.

In 1938 he married Jewish Hertha Gutha, a beauty who was affected by polio as well as Lhoták in his childhood. A year later, he organized his first show at Beaufort's Jungmann Street Gallery. During the war, he created hundreds of works, which he keeps becoming the painter Kamil Lhoták, who, according to his own words "looking for KL", presents himself with a full name on one of the paintings of 1942. In the same year, the famous Group 42, whose members were outside Lhoták and Jiří Kotrák, Františková Gross and Hudeček, Jan Smetana, Karel Souček, Jan Kotík, photographer Miroslav Hák, Bohumír Matal, sculptor Ladislav Zívr ... The group's exhibition in 1943 becomes probably the most important event that Lhoták introduced as a distinctive and an unmistakable personality of Czech art. The exhibition also featured a painting titled Daughter of the City, another one, which, a few years later, will see Pablo Picasso at the Paris art exhibition in Paris. According to the testimony of the present-day artist, Libor Fara, the plain portrayal of Manka attracted Picasso most of the exhibition.

Kamil Lhoták was a vampire and he had a wonderful sense of humor. In addition, he was able to gloss very quickly, and all those who knew him remembered his typical but unattractive irony. His concept of history was unique, and he had no choice but to quote the witness:

The final years of Kamil Lhoták, despite the illness with which he fought tirelessly, are characterized by being smaller (in terms of number of works), but still of good quality. His last author's exhibition ("Graphics") took place in December 1989 at the Fronta Gallery in Prague (introductory word and text by Jaromír Pelc). In 1990 he painted his last painting called Meteor Falls in the Sea and died on 22 October. The urn with the painter's ashes scattered his son Kamil on the hill of Číčov near Libochovice, as Kamil Lhoták wanted.


With his illustrations, he contributed, for example, to the World Literature magazine, but also to books. He portrayed, for example, the work of Karel Sýsa Inspire and Fly!, the poetry collection of Jaromír Pelc, the novels of Jules Verne The Destruction of the Death and the Robur the Conqueror, the Ludwig Soucek trilogy The Road of the Blind Birds and many others. 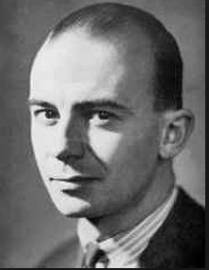 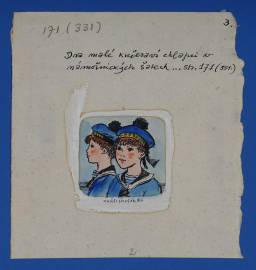 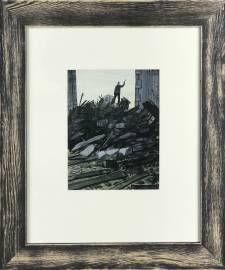 Three acts and two portraits in the technical landscape 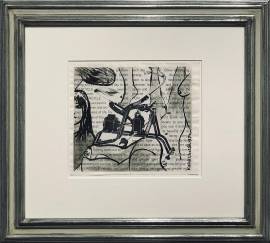 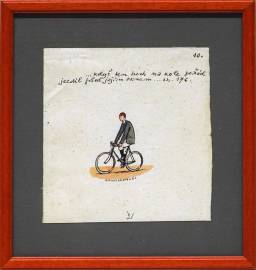 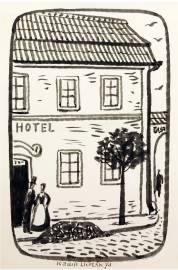 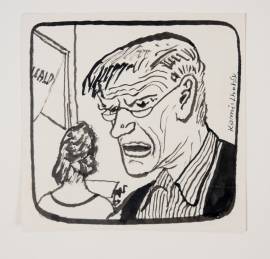 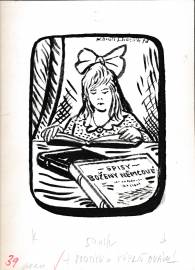 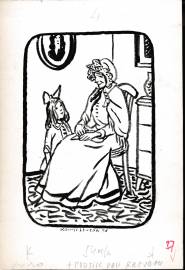 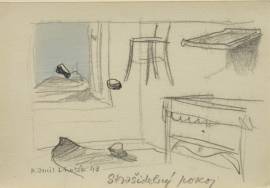 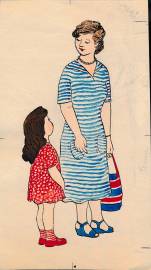 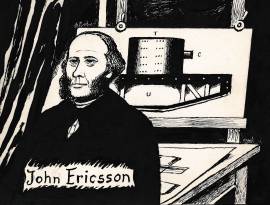 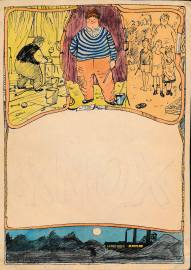 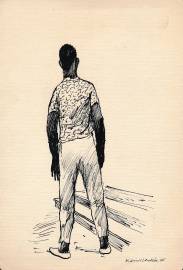 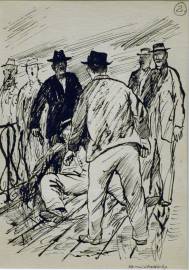 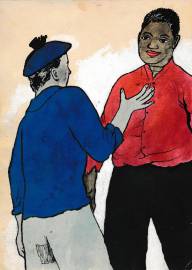 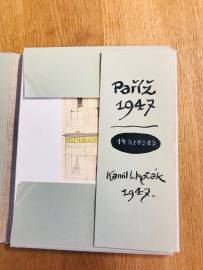 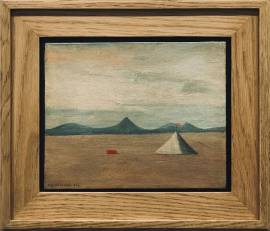 Dyptich On the way to the pole 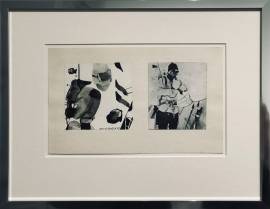